Due to the health emergency “in person” screenings at Anthology Film Archives have been cancelled and will be rescheduled when New York City theaters reopen.

In the interim we will be screening films online on Tuesdays at 6:00PM on Facebook.

We are still taking submissions for upcoming quarters! 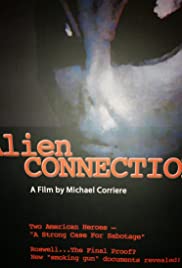 Michael l Corriere ALIEN CONNECTION (2011, 49 minutes, digital)
A film based on historical events that took place from June 24th to September 24th, 1947. The film introduces two new ‘smoking gun’ documents that attempt to shed new light on the Roswell crash in New Mexico around July 1st, 1947. The film also examines the crash of a B25 that killed two Army Air Force Intelligence Officers under very mysterious circumstances while they were on a UFO mission. Were they the victims of sabotage? If so by whom…the Americans? Or were the Soviets somehow involved? It is the first UFO documentary ever made that has no testimonials or ufologists in it.